Every launch of a new console generation is a contentious one, and this is as true for the PS5 as anything else. Matters of cost, features, availability, and more are all personal questions, meaning there is rarely one right or wrong answer on whether a console launches well. One area where praise is universally placed on the PS5, however, is in its capacity for backward compatibility.

A diminishing feature on recent PlayStation systems, the last full rollout of backward compatibility on Sony’s gaming platform was seen on the PS2 back in 2000. Since that point, the ability of more recent consoles to play older generations of games took some major steps back.

For the PlayStation 3, released in 2006, only certain versions of the system had the ability to play PS2 games. If you owned the 40Gb model of the console then the necessary chip was not included on the motherboard, meaning you missed out. This problem would only be exacerbated with the slim model PS3 released in 2009, which never offered a backward compatibility feature.

Most relevant to the world of remastered gaming was the leap from PS3 to PS4. The PS3, while technically a powerful device, was notoriously difficult to program for. Utilizing a unique Cell architecture, it could not be placed on a simple chip on the PS4 to enable backward compatibility. Because of this, developers started to lean into another route, that of the remaster. 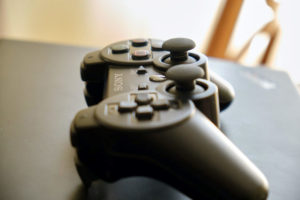 The Context of Remasters

Remasters would update older games with better fidelity. Higher resolutions, frame rates, and included DLC packages become an increasingly promising pursuit on this path. This meant that players could experience the games they loved before, but they were doing so in a way never before possible on console.

Note that while this idea was relatively new to the console space, the concept had long stood strong in the PC game market. Accessible through a different means, that of player-modifications, a remastering of games on PC had been an important part of the platform for years. Solving hardware and software problems has always been a key in PC gaming, so this was a natural extension.

The original Doom was a popular example of this. Released in 1993, Doom was developed for systems that rapidly became obsolete. This necessitated what are called source-ports which, among their many advantages, essentially work in a similar capacity to remasters. Modern source-ports of Doom-like GZDoom give true mouse-look, frame-rates that take it from 35 fps to hundreds, and resolutions far above the old 320×200 pixel display.

Two games most indicative of remastering potential on PS4 were found in Dark Souls 1 and The Last of Us. Both of these were critical and financial hits on the PS3, but the PS4 allowed them to rise to new heights. Most obvious here were increases in frame rates, which jumped from 30 to 60 to give a far smoother and more engaging experience.

In another sense, and more related to the PS4-PS5 situation is the current state of the mobile gaming market. Interactive entertainment experiences don’t necessarily completely change over mobile phones and generations, though they do allow better performance of the same games.

Take the online casino industry as an example. Games like slots, roulette, and live casino titles run similarly now to how they did years ago, but better hardware means more for the player. Again, better performance is the standout here, but also key is more responsive touch controls and longer battery life on new systems. You can still play these real money casino games on older phones, but newer ones can still elevate player enjoyment. There have also been technological innovations such as live dealer games, enhancing the experience. This, more so than straight complete remasters, is likely to illustrate the PS4 to PS5 path.

Unlike older generations of PlayStations, the PS4 to PS5 leap is one of expansion rather than a complete reinvention of the wheel. This is analogous to the modern PC and mobile market, where getting games working across different systems is relatively easy compared to the older console to console translations.

Instead of requiring newly remastered releases on PS5 for PS4 games, patches now tie back to older forms of backward compatibility. As of this article, less than ten out of more than 3000 PS4 games don’t work on PS5. From what was formerly an enormous remaster arm of the industry last gen is effectively a dead path today.

This then becomes a question of how developers and publishers might respond. So far, some of the biggest games have seen quality boosts while leveraging the PS5’s extra power, but what about older titles? A smaller company might have counted on a rerelease for-profit and brand-awareness, only to find themselves limited by the new environment. After all, what could a remaster do on a new system that modern backward compatibility could not?

One way around this might be to simply rename a remaster as an ultimate addition, effectively existing as a remaster in everything but name. PS5 gaming could also develop along with a reshaping of the entire backward compatibility world. We might not have been okay with paying for an upgrade patch before, but then, it’s never really been realistic on consoles before this point. 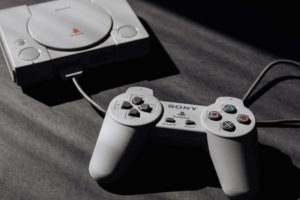 Whatever ends up happening with remasters on the PS5, the evolution in this sphere has industry speculators fascinated. While we might not know along which lines the gaming industry will develop, we at least can be confident that consumers have it better than ever. There are some games we don’t want to buy for the third time, but we still want to play again anyway. With backward compatibility in a new golden age, the only problem might come from needing to buy bigger shelves.

Discord is one of the widely used applications only for gaming purposes. With the help of this software, not only you can play games but also talk with each other and enjoy multiplayer accessibility. The screen sharing feature of Discord is unique to help you enjoy your game and enhance your performance.  When you are […]

How to Play Games on Your Old, Low-End Laptop

If you’re wanting to indulge your love of gaming but would prefer not to splash out several hundred bucks on a console or even more money on a high-end gaming PC, you’re not alone. If all you have to work with is the battered old laptop that you have faithfully been using for little more […]

When it comes to COD Warzone, speed isn’t the only criteria to measure your skills. Positioning, alertness, and excellent decision-making help shift the odds in your favor during a Call of Duty Warzone match. These Warzone tips will not make you quicker, but they will help you stay alive and engage on more advantageous terms […]